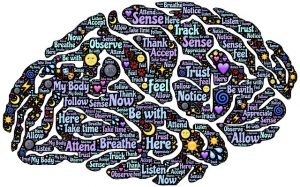 Are your friends raving about meditation or their Charlotte yoga class? Are they constantly going on and on about how great they feel and how meditation has helped them manage stress or reduce anxiety?

If you have ever read about or know anyone who practices regular meditation or yoga, you are probably familiar with the anecdotal benefits of such practice. These benefits range from reducing stress, improving mental clarity, and decreasing depression to increased ability to focus and improving attention spans.  But, did you know the benefits of meditation have been confirmed by science? In fact, the confirmed benefits might even surprise those who experience them first-hand already.

According to a study completed by Harvard Medical School neuroscientist, Sara Lazar, mindful meditation (yoga included) actually keeps your brain young or reduces the age of your brain. This change in the brain was measured by the amount of gray matter in key areas of the brain where gray matter usually shrinks with age.

Lazar found that in her first study of long-term meditators (7-9 years of experience) versus a control group, those with meditation habits had increased gray matter in the auditory and sensory cortex as well as the insula and sensory regions. These areas of the brain make complete sense as meditation slows us down to make us more aware of our surroundings in many ways.

The surprise was that the experienced meditators also had increased gray matter in the frontal cortex – which usually shrinks as we age – and is linked to decision-making and working memory. This discovery showed that the meditators who were in their 50s had as much gray matter in the frontal cortex as people half their age! Age is a state of mind. Literally, in this case!

Can Charlotte Yoga and Meditation Reverse the Age of My Brain?

Lazar continued with a second study to be certain the benefits were linked to meditation practice and not something else. She put people with ZERO meditation experience on an eight-week meditation regimen and scanned their brains before and after.

After just eight weeks the group had a thickening of the left hippocampus, the TPJ, and a part of the brainstem called the pons. These three areas are responsible for learning, memory, emotional regulation, empathy, and regulatory neurotransmitter creation. Sounds familiar right? Increased focus, longer attention spans, better stress management, improved sense of well-being; all things your friends have been telling you.

In addition, the second study also showed shrinkage of the amygdala – the area of the brain where fear, anxiety, and aggression reside. So, when we mention that becoming a member of the Peaceful Dragon can lower your anxiety or depression and help with anger management issues – we are not at all being anecdotal.

One thought on “Could the Fountain of Youth Be Found in a Charlotte Yoga or Meditation Class?”